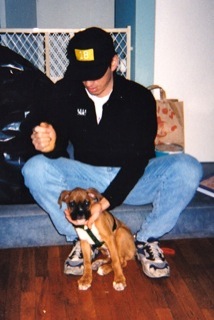 With Larry, the night we brought him home from his Brooklyn breeder. 1998. 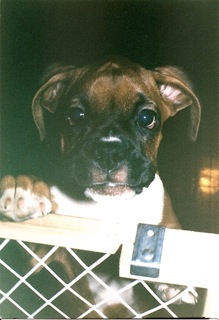 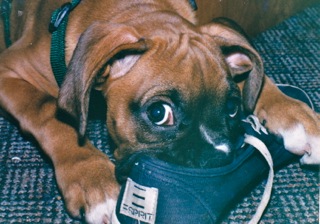 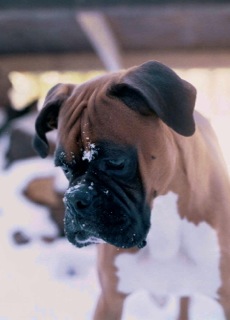 A young dog snorting around in new-fallen snow. 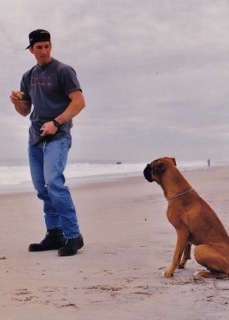 Fetch with Larry in the Rockaways. 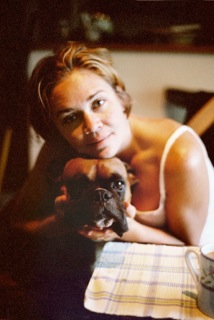 My triathlon training partner in his early years. 2001. 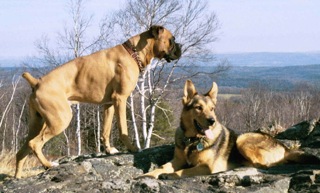 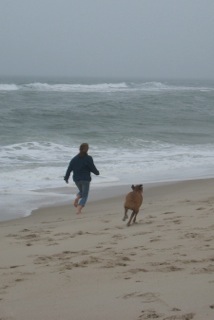 Tearing up the beach with me on Fire Island. Sabrina calls this picture "Free". 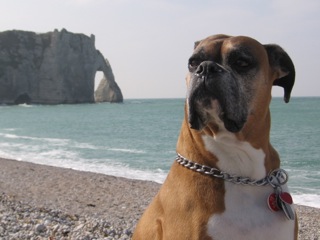 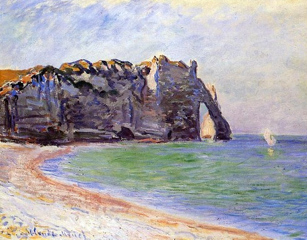 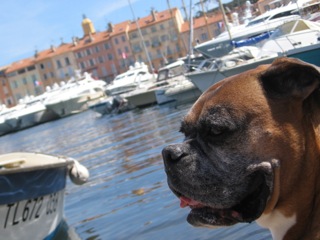 Stepping out in St Tropez with the yachts and the glitterati. 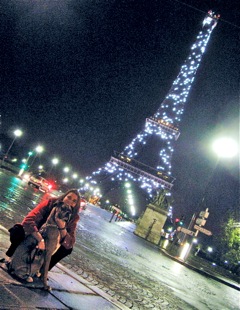 A rendezvous with Sabrina in the City of Light. 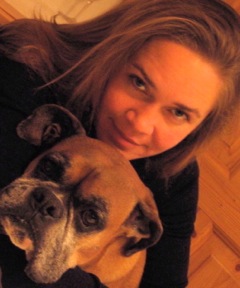 At the Christmas dinner table in Wildschonau, the Tyrolean Alps, Austria. 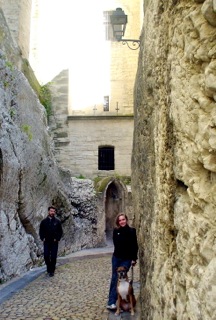 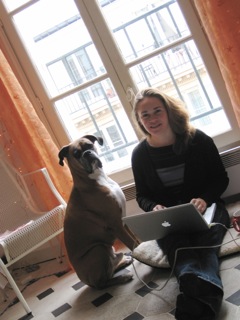 Back home in Paris, blogging FroggyDoggy. 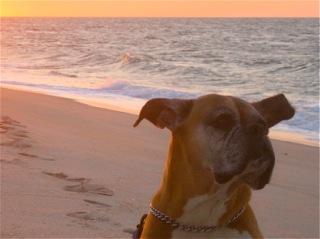 Daybreak on Fire Island…the grey is setting in after our EU sojourn. 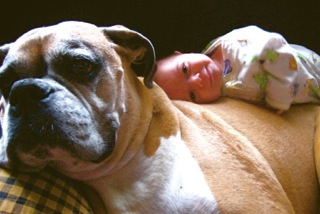 With newborn baby Ben, happy for a warm body to snuggle with. 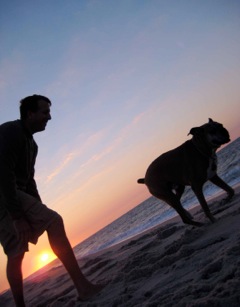 Greeting the sunrise with Charlie on Fire Island. 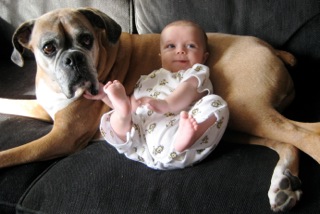 Patient as ever with growing Ben. 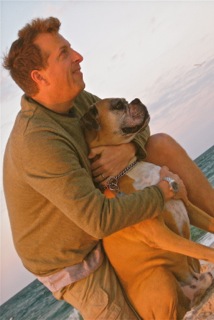 With Charlie, enjoying his last summer on the beach. 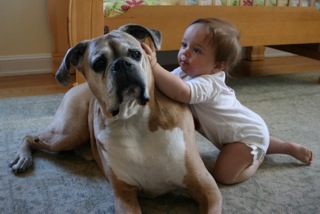 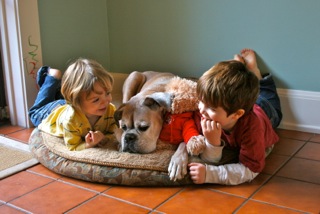 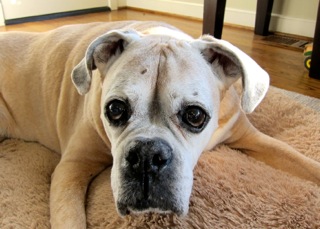